On Theorizing Indian Literatures and Cultures


As a researcher in Indian literarures, languages and cultures, my interest in Semiotics of Culture as a theoretical framework developed by the scholars of the Tartu- Moscow School of semiotics especially Juri Lotman ( 1922-1993) stems from the fact that it: 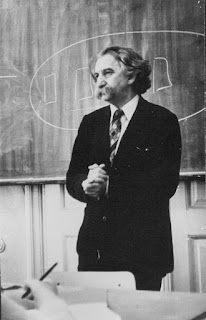 II) sees literature (printed or oral or performative) as belonging to a expansive category of artistic texts thus going beyond the restrictive and colonial print-centric view of literature ..it can allow us to understand the dialogic and translational exchanges between the printed or oral literary texts and  texts from cinema, paintings, dance or music

III) is of significant theoretical relevance to Comparative Indian Literatures.  The notion of vertical isomorphism of the semiospheres existing in dialogic interactions with each other at multiple levels  allows us to conceptualize a heterogeneous and stochastic ‘Indian semiosphere’ ( and consequently Indian literatures as being generated by the Indian semiosphere)made up of multiple semiospheres like ‘Marathi’ or “Gujarati’ semiospheres and these semiospheres can be conceptualized as being heterogeneous and stochastic in their own right, interacting dialogically with one another, different spaces within and interacting dialogically with cultural traditions and cultural histories that are neither specific to Marathi nor Gujarati (Sanskrit, Prakrit,  Perso-Arabic, European, Chinese, and so on).

The notion of semiosphere can also equip us to describe the cultural mechanisms underlying what Dionyz Durisin terms ' interliterary processes'.

One can also understand gender, class and caste as semiospheres. 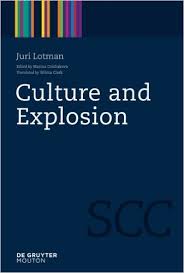 b) it is a model of cultural change that highlights  differential and non-linear modes of development of the diverse co-existing meaning-making systems…for instance fashion, food and caste change at differential rates and poetry using the poetics of the 1940s ( the Ravi-Kiran Mandal lyricism ) can co-exist with the poetry using the avant-garde poetics of 60s in Marathi 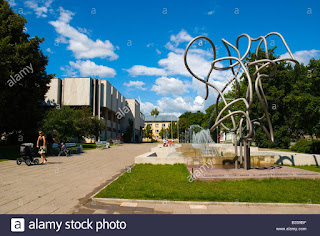 V) It provides tools and ideas for practical criticism of texts and their contexts
The notions of semantic tropes, ‘the text-within-text, plot , the idea of symbol as plot-gene, continuous- discrete ( visual to verbal) dialogics and so on.

VI)
The mainstream academic cultural studies in India due to its excessive reliance on French, American and British theories (which are monolingual, deterministic in orientation) has failed to come to terms with multilingual and chaotic social and cultural realities of India .

Its lack of  critical self awareness can be seen in the fact that as it criticizes modernity ( with the ideas of nation or science) as being universalist, Euro-centric and elite on the one hand it has no  issues  uncritically accepting  ‘ Critical Theory’ whose roots go back to Frankfurt or Birmingham or Paris as if they are non-universalist, non-Eurocentric and non-elite.

The mainstream academic cultural studies have become reductive as it sees ‘political interpretation’ as the absolute horizon for all interpretation’ (as Jameson puts it)…. and extremely predictable almost conventional.  However the conceptualization of culture in semiotics of culture  subsumes the political as it sees cultural as fundamentally i) heterogeneous ii) asymmetrical iii) chaotically dynamic and iv) constructivist in terms of epistemology and cognition (seeing semiotic systems as ‘modelling’ systems)…in a sense subsumes political to the cultural rather than reduce the cultural to the political.

hello sir my name is shweta verma sr i wen tthrough your blogs they are really very informative and up to date sir i am a phd scholar who is doing research on body metaphor and modernity and for this i have taken into consideration helene cixous's theory of ecriture feminine which i am applying on the novels of 18th century writers like elizabeth gaskell and george eliot sir can u provide me some matter or links about helen cixous and how can this theory be applied on 18th century novels .