How to Read Literary Translation

Most of the discussions around translation in India, whether academic or otherwise, seem to be struck in an obsolete paradigm. (Check out my blog on why translation studies)

It approaches translation from the perspective of practice- it sees translation as something to be DONE, and hence all the repetitive talk about ‘problems of translation’, whether particular translation is possible or not continues inanely.  Not enough discussion about translation from the perspective of theory and methodology is available in the Indian context, i.e. the questions about how to READ/STUDY/RESEARCH translated texts. There are notable exceptions of course. Here I want to discuss the basic questions of how to READ translated texts for the beginners who have just started researching translation studies. (Check out my blog on some possible areas of research on literary translation)


As translation is a decision-making process starting from the choice of the texts/ authors and the direction of translation (e.g. from Gujarati to English or the other way round) to the decisions involving choices of titles, cultural elements, idioms, literary devices and so on, one way of reading translation is to see how the history of target language culture has influenced these decisions.


A powerful theoretical tool in translation studies is Andre Levefere’s idea of translation as a kind of ‘refraction’. Translation, according to Lefevere, can be considered as one of the ‘ refractions’ or all forms of rewritings of texts from one language into other , including cinematic, televisions or comic book adaptations of the Mahabharata or The Godfather to critical commentaries, glosses, summaries of the texts in other languages. Critical articles on Baudelaire by the Gujarati critic Suresh Joshi or the Marathi writer Dilip Chitre ‘refract’ Baudelaire for Gujarati and Marathi audience. Once you see translation as ‘refraction’ you situate it within the larger cultural politics of the period and you can see the role it plays and the agenda behind it.


Translation, like all other ‘refractions’, Lefevere notes are done under certain constraints of translating culture (TL Culture) and the task of reading a translated text is to understand the strategies of translating ( the decisions made by translators) in the context of these constraints.  According to Lefevere these constraints are as follows: i)  the constraint of language  i.e. the verbal structure and texture of the translating language force the translators to make certain choices, ii)  the constraint of poetics i.e. the dominant poetics of the translating culture compel the translator to choose a particular mode of translation (e.g. AK Ramanujan’s choice to translate the oral -performative genre of Bhakti poetry where the word-music is an essential feature into the imagistic -ironic free verse developed by Eliot or William Carlos Williams), iii) the constraint of patronage – for instance the demand to conform to what your publishers want ( or the publisher’s version of what the reader/market wants) or even the state or political patronage ( what the Polit Bureau wants)  and so on. Refractions, Lefevere argues, are basically manipulative and have an agenda of influencing the audience.  Reading translations as refraction helps us to uncover the rich cultural history of the period. Reading multiple translations of the same literary text or author (e.g. Shakespeare, Sharatchandra or Tagore) over a period of time reveals the cultural politics of the period in which these translations were made and help us reconstruct the history of culture. 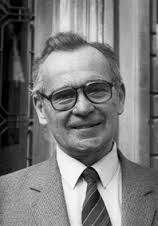 Another significant question while reading translated texts is to consider translation from functional point of view, i.e. asking the questions like what is the role and the function of the translated text in the development of literary tradition. What is the role of translation in inaugurating or consolidating a literary movement (like modernism or Dalit literature)? What role does translation play in establishing a particular poetics or genre (e.g. Romanticism, the Brechtian theatre, or the Theatre of the Absurd, or genre like the sonnet, the ghazals, the short story or the novel. How does translation influence not the author, but poetics and the form? As the term ‘influence’ is a problematic one (creating a hierarchy between the influencer and the influenced), more constructive way of looking at resemblances between literary traditions and cultures is to see them as what Dionyz Durisin terms as ‘interliterary processes’. (Click here to read my blog on application of Durisin's ideas to Indian literatures) 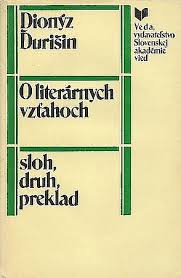 Durisin’s view of literary and cultural phenomena as processes avoids the tendencies to create hierarchies. When we see that the product ‘Chai’ is produced by the process (mixing ingredients like sugar, milk or tea leaves and boiling it) we no longer see chai as being ‘influenced’ by ‘milk’. Hence, if you see the films like Dharmatma or Sarkar as involving the Hollywood ingredients, say the elements of The Godfather, you no longer create a hierarchy between Hollywood and Bollywood.   Hence while exploring the function of translated texts in the translating culture, we are interested in ways in which translation contributes to these ‘interliterary processes’.

Check out my Video Presentation on  Contemporary Translation theory and Practice