OF AERIEL ROOTS AND THE BANYAN CITY 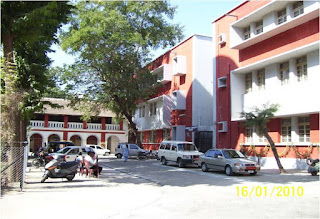 In the scorching Baroda summer of 1993, a young man from a place called Valsad walks into a smallish room for his viva of MA entrance test. The room is packed with some of the most renowned professors from the Department of English, the Maharaja Sayajirao University of Baroda.  He finds himself facing Prof. Ranu Vanikar, the then Head of Department, and Prof. G. N.Devy among others. In response to the standard question regarding his favourite writers, he has the audacity of an undergraduate to say, “Sri Aurobindo is one of my favourite writers and I have translated some portions from Savitri into Hindi.” This brings smile on the face of Prof Devy. It is one of those famous Devy smiles which no has managed to decipher till date- whether it is ironical or pleased or both or neither. For Prof Devy, a renowned Aurobindo scholar himself, it was probably all these things. He asked me further questions regarding his poetry and the only answer which I recall after twenty years is that his poetry was ‘metaphysical’ but not in the sense Donne’s or Marvell’s poetry is metaphysical. (I actually got away with it). 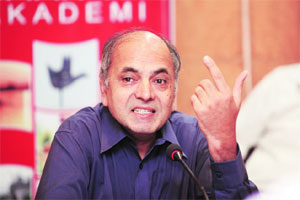 Two decades after that curious incident, I will be sitting in the same room listening to such audacious undergraduates appearing for their MA entrance viva in the scorching Baroda summer, this time as a teacher. It is a privilege and a humbling experience to be in the same place where the internationally renowned scholars like Prof Devy, Prof Kar, Prof Joneja, Prof VY Kantak, and Prof Birjepatil or giants like Sri Aurobindo and AK Ramanujan once “professed” literature. Sri Aurobindo and AK Ramanujan are some of the most important names in Indian literature; famous for their fabulous creative writing, translations, sharp and erudite criticism and philosophy. It is the legacy of multilingual creativity, translation, and comparative research which I inherit as a modest practitioner of same activities. I write poetry and criticism in Marathi and English and I translate into these languages. I translate from all four languages I know. I have guts to say this as I seem to have retained some of the audacity I had when I was an undergraduate student. 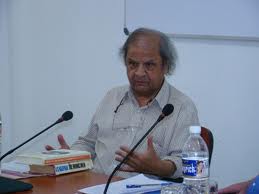 The person who walked into the MA program of the MS University in the year 1993 was not the same person who walked out of it in 1995. I did my Bachelors from J. P. Shroff Arts College, Valsad.  Valsad is a small non-metropolitan town, where English is not just spoken in Gujarati, but also taught in Gujarati.  What we studied was a standard and astonishingly outdated ‘English Literature’ canon, comprising of the usual suspects:  starting out with Chaucer, Shakespeare, Marlowe, Milton, Pope, Dryden, the Brontes, Blake, Austen, Shelley, Keats, Arnold, Tennyson, and Browning and ending with T.S Eliot, with lots of whimper and no bang.  For literary criticism, we had books like English Literature: An Introduction for Foreign Readers by R. J. Rees (published in 1973) and a strange book called The Making of Literature by Scott James written in 1946. The books were in the syllabus ever since they were published or probably ever since Scott-James was born. The reason for their eternal recurrence was the fact that the professors of the affiliated colleges were so much in love with the notes on books which they had inherited ( or made) when they students, that they were unwilling to part with their treasure. The Scott-James book was not even meant as an introduction to literary criticism. It grappled with a specific and rather worthless issue of literary criticism, namely that of whether only writers can be good critics. However, the only thing that can reassure Mr. Scott-James (if he is dead and in his grave) is the fact that no one read it. Most of the students read bilingual ‘guides’ brought out by Popular publication, Surat only, and most of the teachers too did not read it. Most of the teachers and most of the students gave a damn about literature and fancy things like that.  The students selected English as a major subject for their bachelors because they thought it might improve their English, raise their social status, and add some glamour to the BA degree which was groveling at the lowest rung of the Varna-Jati system of higher education in India. 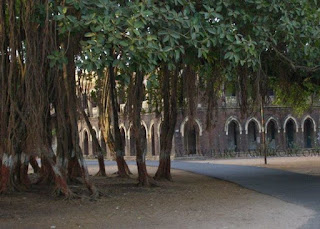 I was obviously an odd man in this set up. I had completed my higher secondary schooling in the science stream, and much to the annoyance of many of our family friends and acquaintances, selected Arts stream with English Major. My dad, a steno-typist and literature lover himself believed that a person who knows English and has a degree in English and knows steno-typing will never die of hunger. So much for parental expectations. When Dr. Madhurita Choudhary, a young, freshly appointed lecturer asked us why you have opted for English major, I bluffed that I wanted to go for journalism. Actually I did not have guts to give the real answer. The real answer was I had scored 53% in my HSC and doing BA with English and doing stenography side by side would ensure that I don’t starve. And yeah, I wrote poetry and yeah, I loved literature and yeah, I loved English literature. But then I loved English and Biology as subjects in my higher secondary education and when the board results were out, I had barely managed to pass in these subjects! I remember scoring 41 out of 50 in English in my internal examination and in the board examination, I retained the score of 41, but this time out of hundred! By then I had fallen in love with Lewis Carroll, Jerome K Jerome,  William Blake,  TS Eliot and Wallace Stevens( whose poems did not make any sense when I had read it then and do not make any sense even today for me, but then who cares for silly things like meaning these days?) in my higher secondary English text books. Come to think of it, my school curriculum was in fact more exciting than my college one! However. The damage had already been done. I was beyond repair.

So when the undergrad college started, I loved Keats and was smitten by Macbeth and Julius Caesar. I even loved Milton. (Imagine!) (While doing my MA, Prof Devy had asked us to read Paradise Lost Book I and was convinced no one would read it. It so happened that I read it and told Devy about it. His comments were typical Devy comments: “Milton has found a reader, at last.”).

I was so much in thrall of Macbeth that I tried to translate some portions into Hindi! It was the devastating magic of literature and its overwhelming power that turned me into translator.  I translated into Hindi because it was the only Indian language which I could write more or less properly and because I loved Hindi at school too. Yes, I loved literary criticism and actually found Scott-James interesting, because he was looking at the relationship between the creative writer and the critic-the question which was staring me as a writer and wannabe scholar in face.

When I joined the MS University Department, I was in a strange and exciting world.  Prof Kar was lecturing on Deconstruction and Derrida, almost as if on an auto-pilot.  Prof Joneja was talking about his Greek inheritance while teaching Aristophanes. I distinctly remember him mentioning in the class that his nose showed his Greek ancestry. 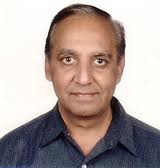 Prof Devy had won Sahitya Akademi prize for his polemical nativist book After Amnesia and was a celebrity. It was the aftermath of the Age of Theory and it was the Age of ‘Crisis in English Studies’ studies debates in our country.  A wide array of theories like Feminism (didn’t hear much of Gender studies much in those days), Deconstruction, structuralism, culture studies and what have you. 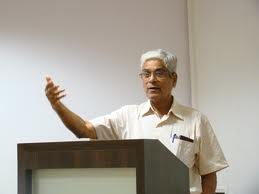 The Department had a paper called ‘Politics and Ideology of Teaching English’ in those days,-probably modeled on something similar in the JN University. I read a “radically heterogeneous” canon comprising of writers as dissimilar as Kafka, Holderlin, Faulkner, Stevens, Brecht, Namdeo Dhasal, Ravji Patel, Eliot, Stevens (Yea! Stevens once again, and this time too he made no sense but made me love him even more), Shakespeare and Basheer. And equally “heterogeneous” array of critics and theorists like Derrida, Barthes, Foucault, Lacan, Poulet, Iser, Stanley Fish and the rest of them. The leap from Scott- James to Lacan was indeed a quantum one. The seminars and discussions in the Department were exciting. I listened to the internationally renowned faculties digress from the topics they were supposed to teach with fascination and awe. The juicy digressions and debates opened up a wealth of insights which have shaped me as a researcher and creative writer today.

Yes, I also realized that plays are meant to be performed on the stage rather than just read in classrooms. The Shakespeare Society staged plays often in those days and I remember watching Tennessee Williams’ The Glass Menagerie and Mahesh Elchunchwar’s Reflection. I remember enjoying Dr Arvind Macwan strumming on his guitar and Dr. Rani Dharkar, who is a noted novelist today, teaching us Girish Karnad. The program liberated me intellectually and creatively. All these things would not have been possible had I stayed in Valsad. 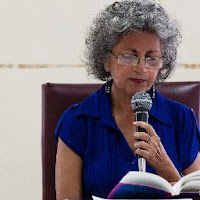 I taught Lacan, Fish and Derrida for many years in Baroda. Whether I lived up to the levels of Prof Kar or Prof Devy, I simply don’t know. But what I do know, is the profound impact these teachers and texts have made on me is the one that has made me who I am today as a teacher. Obviously, the two years I spent doing MA are unforgettable not just because of the teachers and the texts, but also due to great friends I made- and yes most of them are on Facebook today. Someday I will write another entry about these things.

So when the college reopens, I will be sitting in probably the same room where I had faced my MA interviews as a student, and when yet another youngster from some god-knows-which place will walk into the room, I will wonder  about what influence this department will leave on her when she goes out. Frankly, I am scared. I am excited. 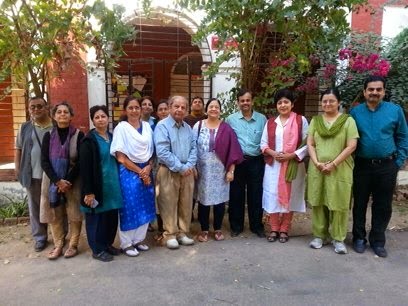