SOME POSSIBLE AREAS OF RESEARCH ON LITERARY TRANSLATION IN INDIA


Many students and researchers ask me questions regarding probable areas of research in translation studies in Indian context ( click on the links to read my other blog entries on the subject). My response would be as follows:

In spite of being a vibrant multilingual society, translation studies has not developed as much as it should have in India. There is still a wide-spread tendency among Indian academics to conceive of translation narrowly as a process and mostly in normative terms.  Therefore, very often in seminars and conferences, one comes across the conversations about ‘ problems’ and ‘ issues’ faced in translation often in terms of ‘ loss’ of  the ‘original essence’ in translation. This may be largely due to the stubborn persistence on the colonial notions of both translation and literature.

There is also tendency to take up actual activity of translation of literary texts from Indian languages into English. While this would certainly seem a good idea, our own limitations as non-native uses of English and largely clichéd findings regarding ‘problems faced’ would not make such a project very useful in terms of research. My own advice would be to translate contemporary literary texts, theoretical and intellectual statements into non-English languages.

However, translation studies (thankfully), since the nineteen-eighties, has undergone a paradigm shift in the terms of methodologies and critical approaches i.e in terms of research questions asked about translation. Translation today can be conceived as a product generated by the translating language (T.L) culture whose contextual reading and functional analysis reveals a wealth of information about the historical development of the receptor culture. Asking whether Gandhiji’s translation of John Ruskin’s UntoThis Last is a ‘good’ translation or not as it has involved ‘loss of essence of the original’ will not help us to understand the immense historical and social significance of Gandhiji’s translation. It is also interesting that this English text was retranslated into English from Gandhi’s Gujarati version by Gandhiji’s followers. 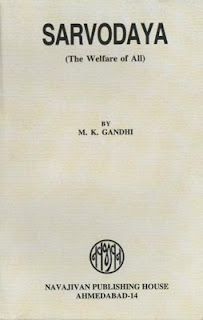 The idea of what is meant by a ‘literary’ text (the conventional ‘object’ of literary studies) has also undergone a shift, largely due to the radical developments in ‘theory’ and cultural studies. It is no longer conceived merely as a canonical work in print, but also as a non-canonical work in other media (visual, oral, performative) in digital or ‘analogue’ media. Hence the translated text can be thought of any text produced by ‘intralingual’, ‘interlingual’ or ‘intersemiotic’ translation as famously discussed by Roman Jakobson, i.e. one can study visual adaptations, retellings in various formats. Hence, we can study graphic novel renderings, paintings, musical compositions, cinematic adaptations, TV series or even the stage or dance enactments of texts (like Peter Brooks’ Mahabharata) from other languages as translations.

Translation is a decision-making process involving choices and options at multiple levels including the selection of the source and the target languages, the text and the author to be translated as well as numerous strategies chosen by the translator. The contextual analysis of translation involves deductive interpretation and comprehension of this decision-making process in the context of social, historical and cultural influences i.e. how have these forces impacted the agency of the translator, while the functional analysis of translation involves the analysis of the role of the translation in impacting the prevalent and succeeding poetics and cultural politics of that language. Apparently, literary research in translation studies, like literary studies in general would merge ultimately into historiography of culture. 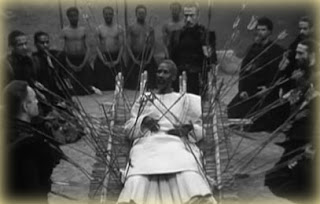 Hence research on translation would basically deal with historiography of translation in Indian languages. The research projects on historiography of translation can be delimited in terms of the following:
i)  Specific periods (e.g translation during pre-colonial or postcolonial times),
ii)  Specific language pairs (e.g.Gujarati- Marathi, Assamiya- Bengali etc) ,
iii) Specific movements or genres (e.g. The Theatre of Absurd, Dalit literature, feminism, realism or surrealism), this may involve translation of critical texts as well as literary texts.
iv)  Specific authors (e.g. Tagore, Saratchandra, Shakespeare, Baudelaire)
v)  Specific texts (e. g the Gitanjali or the Wasteland) in your language and multiple translations of these texts.
These projects can be combinations of multiple delimiting parameters like, for instance, “The Feminist Translation of Gora into Gujarati”( which I am not sure exists at  all).
Other projects can involve preparing bibliography of translated texts in your language and discussion of methodology, findings and theorization.
It may involve developing digital tools (which would require knowledge of both cultural theory and computing) for archiving and analysis of translated texts as a part of a digital humanities project.

HERE IS A LIST OF USEFUL BOOKS ON TRANSLATION STUDIES

Read your blogs. Impressed. You're doing great work, Dr. Sachin Bhai. May you create and recreate more and more.

As always a good read.
informative and useful.

Hi Sachin
Sorry to go out of topic, but I'm doing a research on Translation Schools in India, unfortunately I don't speak the language and this doesn't allow me to have a full overview of the offer of Translation Studies in country, would you be able to help? How many Translation Schools are there in India? And are these affordable studies?

Excellent blog. Thanks for the reference books.