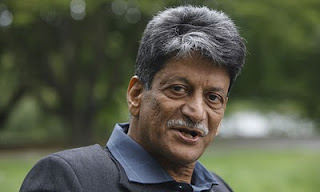 Discovering Kiran Nagarkar was like being handed the privilege of witnessing a superhero in action. Cuckold was the first book I read of his and I can safely say that I have more than just satisfied.
Nagarkar is a master storyteller. This book, set in the 1500s, is an amusing and extremely gripping narration of the kind of society and atmosphere that prevailed back in the 16th century. The prose is rich and though provoking and so colorful that you feel like you can almost smell the aromas of early Mewar and glimpse the sights of the kingdom in technicolor. The issues raised and the political and social upheavals mentionedd make it obvious that the writer has given a lot of thought and research into the making of this book which is another highly appreciable quality. The book, at over 600 pages long, leaves you wishing for more and god help you if you even think of putting it down! This book consumes and laves your thirst. Kiran Nagarkar ahs certainly raised the bar and I would suspect for many that reading this one book will not be enough. I have become an ardent Nagarkar fan after reading this one!

I have NOT read this disgusting sound book and have no intention to. It is morally reprehensible and irresponsible to portray history in this disgusting manner since the author himself has also admitted that he has no idea as to what could have really happened. He belongs to the ilk of Wendy Doniger who only want to see dirty sex in everything including the relationship of their own parents.
EVERY NORMAL PERSON knows that Mirabai's husband Rana was a bhakt too and therefore this match was considered good by both the families. Both wanted to remain celibate, so where is the question of anyone being cuckold?!?!? Kiran comes across as being a pervert who has childishly targeted those who are not around to defend themselves. It is very shameful that so-called intellectuals praise such disgusting people and give them awards too. GROSS!