The popularity of the recently started TV show ' Satyameva Jayate' is surprisingly on the rise. Surprising, because it speaks of some of the most unpalatable truths of Indian society like female foeticide, child abuse,dowry system, and corruption in health care sector, and these are the things which traditionally belong to more or less 'sarkari',or non sarkari NGOs or academic platforms, and not on the celebrity-page 3 and entertainment formats. Nor is the great Indian middle class which devours saas-bahu soaps and crappy reality shows famous for displaying genuine concern to tackle the real social issues. It is embarrassed by the reality of Indian society and prefers to skip the discussion of these things.  Aamir Khan's accomplishment lies precisely in bringing up on the hugely obese TV entertainment space, the one obsessed with titillation and sensation, those things which belong to the other genres and platforms which have been traditionally considered 'serious' and non-popular. He achieved something similar in his hugely popular films like 'Tare Zameen Par' and ' Three Idiots'.  A very significant strength of the program, in my view,  lies in Aamir not playing the usual blame games but asking us to responsibility for the systemic evils and asking people to take action. 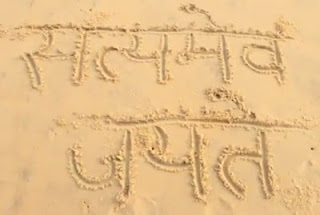 Obviously, many people are critical of this ' celebrity/filmy activism'. Some people claim that Aamir is simply making money and becoming famous by talking about serious social issues and there by trivializing them. However, I dont think Aamir is in such a bad need either for money or for fame. When celebrities like Amitabh Bachchan are busy hosting 'Kaun Banega Crorepatis', and Shah Rukh Khan is getting attention by brawling with cricket ground security guards , I think Aamir's work is outstanding. Celebrities can do wonders when it comes to contributing to society, and I think this is Aamir's way of doing it. Most of the skepticism seems to stem from Aamir's celebrity status and the entertainment genre of the program, which actually is unjustified. Nor do I think he is ' trivializing' or 'diluting' issues. In fact the one about female foeticide was a real shocker.Not that I did not know about it, but I was largely unaware of its magnitude and growth. Like many of the viewers I used to think this was practice was more prevalent in rural areas and in more conservative states of the country and I was also unaware of the scale ,and I was really alarmed by its rampant growth. The episode on malpractices in health care sector was straight and eyeopening.

Some people, especially academic-minded ones, were critical  of the discussion on gender without referring to social categories of caste, class or region. This criticism is definitely valid, but if you consider the format of the show and the audience of the show, a nuanced sociological analysis would actually take away its edge. The caste-class political configurations are extremely region specific and would make little sense on the national TV. 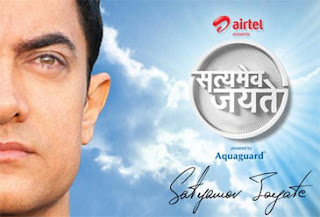 Some people, especially the activists, wonder if all this is 'real activism', after all they are the 'real' activists-don't they have a reason to be insecure when an upstart film-star, one time ' chocolate hero', starts doing there things and by being a hugely popular celebrity, taking all the attention and limelight? Well, they may not like it, but  then who cares, this is contemporary activism. It has moved away from socialist jholawala cynicism of the eighties and become more 'fashionable' , but what is more important contemporary activism is unimaginable without media, especially TV and social networking . The platforms which it has to invariably use - digital technology or corporatised media TV etc has dubious relationship with the evil it seeks to combat - capitalism in various guises. Having Reliance Foundation as 'philanthropy partner' for program on social evils is bound to raise eyes brows. Or is it very Indian? Gandhi had his ' philanthropy partners' like the Birlas too !!

For me, however, the real question is what will its impact be. Will it be another ' Anna Hazare'-type hot air balloon which hardly achieved any concrete results? Will it impact the nation of youngsters and teenagers? Will it impact the entertainment addicts solely interested in saas bahu soaps? When many of the middle class Indians who feel that these things do not happen to them, and they are 'out there',  such programs may be useful in hinting that you and your family may be the next victim and hence it is high time  you did something about it. And I am also waiting for the one on corruption and mafia-ization of education system. Let's wait for Rancho baba to give his gyaan.... 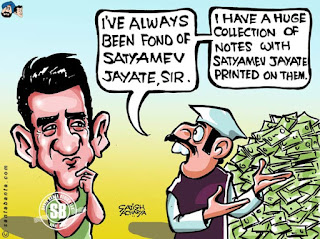 Dear Sir,
This is an effective write up. I thoroughly enjoyed reading it. On top of that, I felt joyous seeing my views getting authenticated by a person of your stature. I've expressed similar thoughts on the show in my recent blog post: www.jaynmehta.blogspot.in
Thanks for sharing this on FB.
- Jay Mehta