Parvati as a Maker, Baby Aeroplanes and this Mad Water


I end up in Amogh's world so frequently- the world of Harry Potter films, dinosaurs, Hanuman and more recently Ganapati-that they invariably end up being part of my poetry.What is poetry after all but quest for the child within yourself, the naughty boy ( or girl) who is undomesticated, wild,  incredibly curious and so essentially anti-social and anti-civilizational. 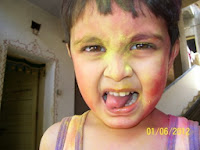 That's the reason why the poetry of the Romantic age was preoccupied the world of children. I remember Amogh has also given me the first line for my next poem- हे पाणी वेडंच आहे की नाही?! which means Isnt this water mad? Well, water is always mad Amogh. I also remember the grandson of my PhD supervisor telling me after drawing a big aeroplane on the board followed by a very small aeroplane that the smaller plane is the bigger one's baby. Only a small child can think of a baby aeroplane. A child's imagination, her way of looking at the world is what people call surreal. Anyway. 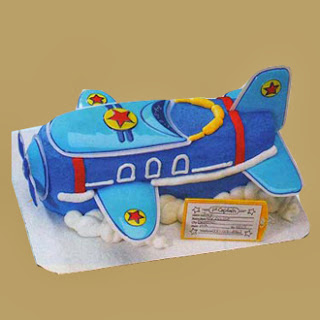 Parvati, coy of finding her nosy husband peeping into her bathroom while she is taking her bath, thinks of a plan to keep the nosy parker off. She takes the dirty soot from her body ( yucks! but remember she is the daughter of mountains!) and makes a door keeper ( not to be confused with Kafka's door keeper in the Trial, but equally firm and nasty) boy out of it. ( Well goddesses have their own ways, fine women as Yeats told us, eat crazy salad with their meat) and the boy resists Shiva ( that ascetic-lover) his legal father from going into his own house. The legal father gets angry with this defiant kid and in a fit of wrath cuts off his head with his trident. 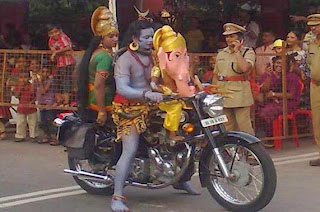